“Hic, Haec, Hoc” or: How to Memorize Practically Anything 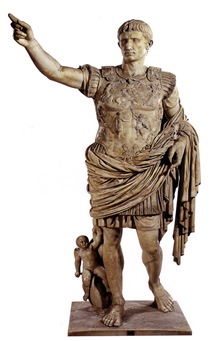 I used to teach Latin. When I was an undergraduate, my Latin professor and head of the Classics Department was so impressed with my command of Latin that she offered that I teach the Beginning Intensive Latin class. As it happened, another (significantly less generous) professor was slated to teach that class and he wouldn’t budge. To appease us both, she let him keep his class and gave me the Advanced Intensive Latin class instead.

Significantly older now, I look back on that particular class with a proud memory. I barely slept for the duration, as I was either planning class or writing or grading tests. I had been teaching High School Latin for a while and I enjoyed that, but what I loved most about teaching college level Latin was that I didn’t have to get involved with students on a personal level. I could teach for the joy of the language. If a student couldn’t recite the principal parts of laudo, what did I care? I preferred the more impersonal nature of the teacher-student relationship at the college level.

One of my best tips for learning the seemingly never-ending string of paradigms that Latin requires—or anything else for that matter—is to make use of as many senses as possible to aid memorization. Looking at the printed word uses your sense of sight (brain is working). Saying the paradigm out loud adds speech and hearing to the mix (brain is super-duper-working). If Latin could be tasted or touched, I’d have recommended those too. When I was first learning, I’d turn my paradigms into songs and sing all day long.

Thanks to that, my husband—who never studied a stitch of Latin—can recite the entire Hic Haec Hoc paradigm to this day.